The United Kingdom - Great Britain: What is the difference?

The United Kingdom also has several overseas territories, including Bermuda, Gibraltar, Montserrat and Saint Helena among others. The dependencies of the Channel Islands and the Isle of Man, formally possessions of the Crown, form a federacy with the United Kingdom collectively known as the British Islands. A constitutional monarchy, the United Kingdom is a Commonwealth Realm, sharing the same person — Queen Elizabeth II — as monarch and head of state.

The Act of Union 1800 united the Kingdom of Great Britain with the Kingdom of Ireland, which had been gradually brought under English control between 1541 and 1691, to form the United Kingdom of Great Britain and Ireland. Independence for the Republic of Ireland in 1922 followed the partition of the island of Ireland two years previously, with six of the nine counties of the province of Ulster remaining within the UK, which then changed to the current name in 1927.

(For this text and for more information see http://en.wikipedia.org/wiki/United_Kingdom)

Some general information about Great Britain and the United Kingdom: 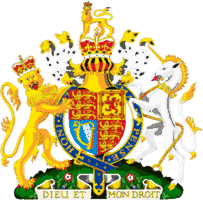 http://www.english-heritage.org.uk/server/show/nav.8540
English Heritage:
English Heritage is a charity protecting over 400 historic properties to visit including abbeys, castles, ruins, stately homes and palaces. They also seek to secure a sustainable future for the historic environment by giving advice on planning and conservation issues, and by supporting projects with grants and other resources.

http://www.nationaltrust.org.uk/main/w-vh/w-visits/w-findaplace.htm
The National Trust:
The National Trust is a charity and is completely independent of Government. They protect and open to the public over 300 historic houses and gardens and 49 industrial monuments and mills. They also look after forests, woods, fens, beaches, farmland, downs, moorland, islands, archaeological remains, castles, nature reserves, villages.

http://www.bbc.co.uk/worldservice/learningenglish/multimedia/btp/
A series that looks at some not so well known features of some very well known places.
There are text, audio and video comprehension exercises to help visitors of the site to practise and improve their English.

Some useful information about the different counties in England:

Here, you can also find interesting information about the following counties:

http://www.smoothhound.co.uk/tourism/london/
Smooth Hound Systems have put together this fully comprehensive tourist guide to Britain's capital city to help you find out everything you want to know about London: How do all of London's districts fit together? Where are the main tourist areas? A brief history of London, a map of London divided up into its postcode areas, together with a listing of the main tourist districts, Smooth Hound Systems Hotel and Guest House Directory of accommodation in London.

Other Cities of Interest

Some of the main holidays and festivals in England

You have been looking for a special holiday or festival and haven't found it? Then please, get in touch and send an e-mail !

Holidays and Festivals to go

Here you will find the most important facts about how Christmas is celebrated in the UK:

...and Presents 'neath the Tree

http://en.wikipedia.org/wiki/Wars_of_the_Roses
all the essential details and a condensed chronology of the wars as well as portraits of the most important personalities involved in the wars

newspapers
an overview over the different newspapers in England:
http://www.netlondon.com/media/newspapers-national/index.html

British humour: http://www.sterlingtimes.co.uk/
SterlingTimes focuses upon some of the eccentricities of British culture.
It's about old and vintage radio, television, music and literature. It's about
Englishness and patriotism.